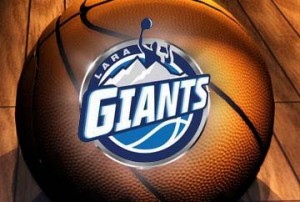 Please read the FAQ below for further explanation.

Step 1  Indicate your intention to play in Summer 16/17 season by Friday 2nd September.

Only players on the list will be considered for selection in a team.

If you are aware of players not on the list, who you know intend to play, direct them to the LBC website for directions on how to sign up.

Team selections will be done during the week ending 16th September and all players will be notified when the teams have been selected.  The team lists will be placed on the LBC website.  Players not selected in a team will be placed on a waiting list.

The change of age groups occurs between the Winter and Summer seasons and approximately half of the players will move up an age group.  The new age groups for Summer 2016/2017 and Winter 2017 are:

Why is this new procedure being introduced ?

The biggest issue the club has each season is entering teams without a confirmed coach and then trying to find a coach while the season is active.  This causes frustrations and disgruntlement for all involved and a lot of extra time and effort for the team coordinators and other club members.  The whole process is about removing the uncertainty around who is playing and who is coaching and the pain associated with that uncertainty.

How can I guarantee my child will be placed in a team ?

That is easy – coach a team !  or recruit somebody to coach your child’s team.

This is the part where you can really help the club.  If you have some basketball experience or are just willing to give it a go then please consider coaching a team.  You may have a brother/sister/relative/friend who is suitable – ask them if they will coach.

If everybody in the club actively looked for somebody to coach a team all our coaching issues would be solved.

How many teams will be entered in each age group ?

The number of teams is totally dependent on the number of coaches confirmed for that age group.  If we have enough players for 5 teams but only 3 coaches we will only enter 3 teams.

How are the teams selected ?

Team selections will be done by the age group coaches and the teams coordinator.

If extra teams are entered after the initial selection there will be some reshuffling of the players amongst the teams.

What if my child is not selected in a team ?

They will be placed on a waiting list and if a position becomes available the coach will select a player from the waiting list.

BUT if we had another coach we would enter another team and an extra 7 or 8 players would get a game.  Refer to the question above “How can I guarantee my child will be placed in a team?“

I thought the club would provide a coach !

The club is you, me and everybody else who plays or has a child who plays.  Some of our coaches are senior players but the majority are the parents of players.  All are volunteers willing to give up their time to allow the kids to have a game of basketball.  How many kids can play is dependent on how many parents are willing to volunteer.

What are the commitments and benefits of coaching a team ?

There is 1 game and 1 training session per week both of which are usually 1 hour duration.

There will probably be 1 coaches meeting per season.

Free coaching courses as available.  Generally there would be a level 0 and level 1 course each year.

Assistance will be provided to beginner coaches if requested.  All you have to do is ask.