The Lara Giants junior boys program is taking a big step in securing the future of the club with a new pathway being developed to help our junior boys transition from juniors to seniors & then into our division 1 mens program.

Joel continues as our u14-1 coach as he has for the last couple of years.  We are really starting to see the improvement of the boys coming thru under Joel & are excited with the direction the club is headed

Davin is fresh of a grand final appearance as coach of Werribee Devils VJBL side.  Davin has a long history of coaching at various levels of the game, including involvment in the SA state program.  Davin ‘I was really impressed by the talent in Lara & am truly excited by the season ahead’ 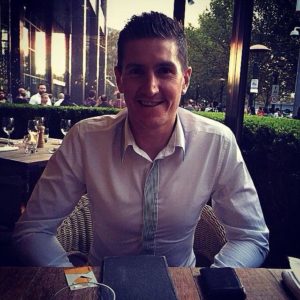 Cam has spent his life being part of a basketball family. His dad has coaches at SEABL level for Mildura, Warnambool, & Ballarat & Cam was the mascot & little star from the age of 4.  Growing up Cam started as a centre and finished as a point guard, where he represented Country Vic.  Cam recently moved to Lara with his young family & is currently training for another triathlon.

Club president Jason Aherne says “Cam is super fit, extremely modest & is a perfect fit for our u18 boys.  We have some great talent coming thru our juniors with many of our players playing reps for the Geelong Supercats.  We are very excited about Cam coming on board as this group of boys will be our next generation of Div 1 men.  This will be great for the club and the boys”

The biggest challenge the club has now is having a pathway for the boys to go once they finish under 18s.  Junior Boys co-ordinator Rod Randall “Right now our under 18s go from playing in a good comp to playing with their mates in lower divisions.  We are keen for them to have a pathway to our division 1 mens team, & this team will help this happen”.  The club has appointed Glen Jordan as coach of this team. 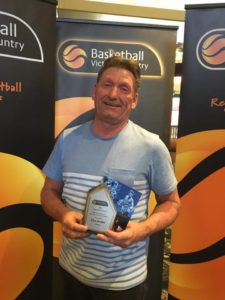 Glen Jordan is possibly the most experienced coach in Lara.  He has been involved in all levels of basketball from coaching reps for junior teams at Geelong Supercats & Corio Bay Stingrays to coaching state teams & national teams for the Ivor Burge program (Basketball team for People with an Intellectual Disability).  Glen knows his basketball & loves the game & is excited by the opportunity to work with our elite young men.  As part of this team will be the opportunity for the boys to play in our division 1 mens team.  Div 1 mens coach Lukas Bentley “We are really excited by the kids coming thru the club, we have seen a couple of them fill in this season & they fitted in perfectly.  We are keen for 1 or 2 of the boys to play each week over summer, this is a great opportunity for the boys, the club & our team”

The club welcomes Glen, Davin & Cam to their new roles.